In our Pedagogy today we are going to learn how my method helps your child to develop good...

If you never used a letter H in your Gentle Piano before, it is about time to start using it. Hot key 'H' stands for the word 'hide'. You can hide music notes of a segment or entire piece, separate or both hands. 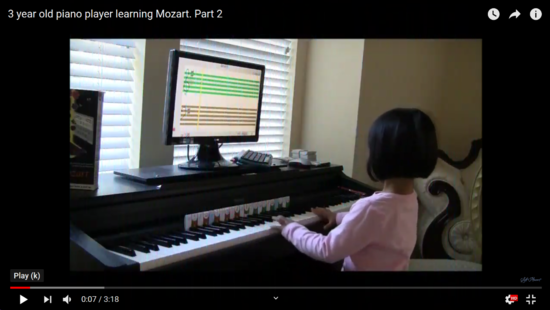 The notes first appear as flower buds, which open up in accordance to their duration. If the key is released early, the blooming of the flower stops. A “dwarf” appears in its place and disappointingly waves his arms. He helps to indicate the mistake for a fraction of a second. These methods don’t only teach the student to play the right lengths. The program controls the correctness of the hands and fingers in the same way.

If before the music memory was expected to develop spontaneously, then with the aid of the computer, your child sees exactly how well he memorized the piece and how to make the performance ideal.

The objective computer has a mightier arsenal of facilities. In its single-mindedness, it creates precise communications through your child's sight, hearing, muscles, and voice – separately and together. A teacher simply isn’t in the physical condition to use all of these faculties simultaneously.

2. Teach your child to play triads

Practice Ave Maria and/or other piano pieces using H hot key. Play the Right, Left or both hands and see how the hiding of notes on Soft Mozart works.
Ask your child to play his/her favorite song using the same function.

Today's sample of Ave Maria by Bach-Gounod is... 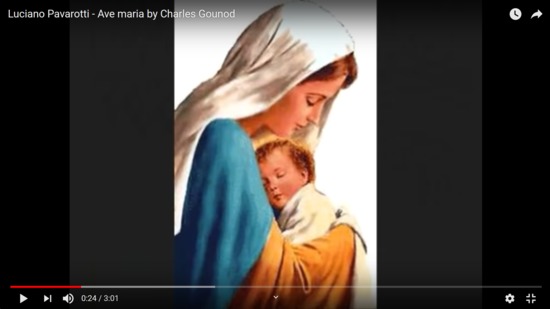 
Enjoy this week spending quality time with your child, beautiful music and creativity!