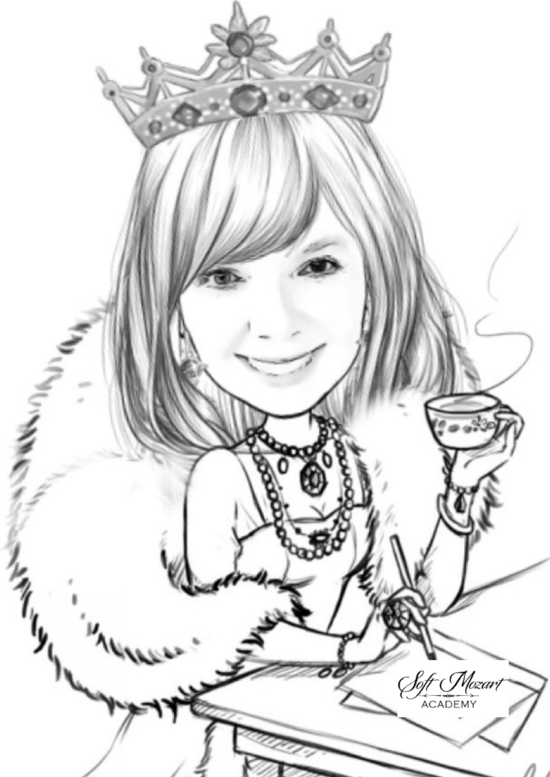 This time, Queen Tonic, mom of the Princess Subdominant, is writing to you. I just returned home from my travels: I went through all my Tonalities. I have had many different adventures and have some very exciting stories to tell you! I will share them all with you later.

Meanwhile, my Courier has finally packed the presents for the participants of the last recital and is going to the post office to send out all the packages! 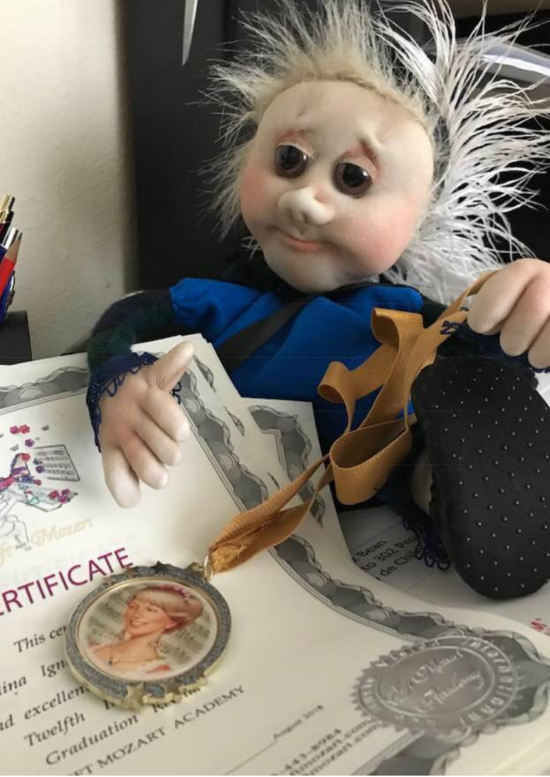 My husband, King Dominant, just sent me his picture with the cat: He asks: "What should I do now?" and shakes our cat Mimimi in the air. Strange picture! Perhaps you know the details of this story from the Princess Subdominant, but I only have arrived from traveling and don't really know what’s going on!

Well . . . They are really worrying me now! The King and Princess are alarming me with the Big Royal Second!

Let me explain to you what that is.


Look at the image: This is not the whole picture! You have to hear that!

Play these two keys at once. Play them a few times to hear it well! Do you hear now? If the Princess and her Dad are asking for attention, then all I have to say is:

Just a SECOND! I'll be right with you!

That is why these two sounds are called the Royal Second. You can call it the Dominant Second in honor of the King Dominant! No matter what you call it, the essence of the sound does not change: I need to rush to help.

While I am with them trying to understand what happened, please, learn to play my favorite consonance -- Tonic Shell Chord.

For this you need to find me. I am at the two black keys. Do not confuse me with the Princess! She is at the three. You need to find me, and then the King Dominant. And push both keys together. I know, you are smart and will manage!

It is very cool if a Tonic Shell Chord comes after a Major Second. Major Second sounds like “I got lost! What should I do? Help!!!" and after that one can hear: “I'm flying to the rescue. Do not be afraid!”

Play these chords and teach other children to play them! It is FUN! I'm sure that the game was fun for you! Well, here I am back from my beloved King and Princess. I managed everything!

At first, we were trying to pull Mimimi out from under the sofa. It was only after I played my calming Tonic Shell Chord several times for Mimimi that the cat stopped being alarmed. He told us that the briefcase was taken away from the castle ... by two little mice.

It turned out that the King Dominant threw the briefcase at them when he saw them in his office. He decided it was JUST MICE!

They barely got out in one piece. To be precise, they got out in three pieces: two little mice and one big briefcase. And now they are afraid to show themselves again! Now he looks at me from Skype and asks: “What did I do wrong? Were these the RIGHT mice?!” Well, of course, he forgot everything! I am sending the story about mice to the King now. This will refresh his memory (I hope). You can also click the link provided by Mr. Oops below and learn or just recall how the mice turned out to be students of our Soft Mozart Academy. All what King had to do is to be at least polite instead of throwing briefcases ... In short, click on the image below and follow Mr. Oops:

This story will also introduce you to my wonderful ... well, you will see for yourself!

Apparently, it is time for me to stop writing this letter: we need to urgently address the issue of diplomatic negotiations with mice. f we'll find them, of cause!

This story will also introduce you to my wonderful . . . well, you will see for yourself!

Apparently, it is time for me to stop writing this letter: we need to urgently address the issue of diplomatic negotiations with mice. If we find them, of course!

King Dominant, Princess Subdominant, Cat Mimimi and Courier say a big hello to you, too!