Letter from the Kingdom of Tune #15. Spider: I must urgently stop the Guard!

A music spider from the "Soft Mozart Software" is writing! I collect, dry and preserve music in the form of tiny black and white notes so as many as possible can fit on one page. 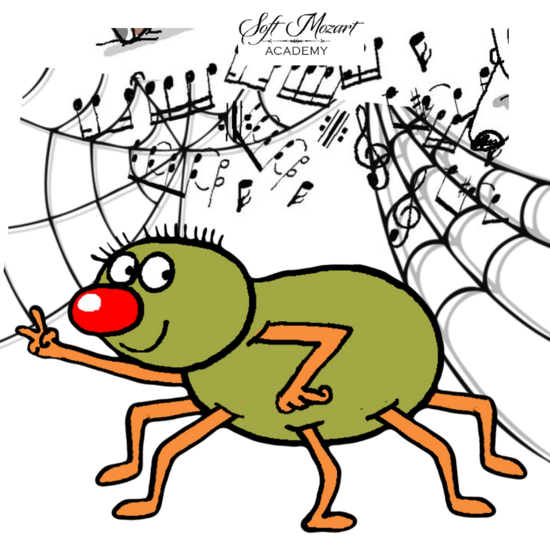 Now I am sitting to the left of the Guard on the floor lamp and listening to him reading the Nutcracker fairy tale to the little mice. The guard has been visiting us for several weeks. It seems that he and the baby mice have become friends! 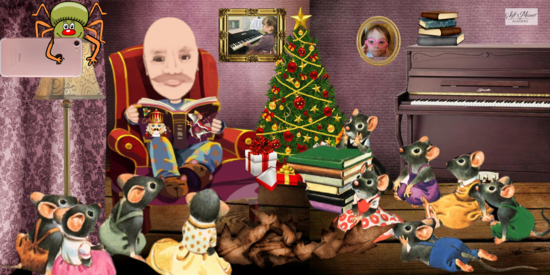 I recently have had amazing adventures! While the Guard is reading the fairy tale, I will tell you about them.

Here is what happened:

In early fall, I enjoyed the beautiful weather and wove my silver nets. Suddenly I saw two mice running with a briefcase. Oh! One mouse stumbled and fell. Notes scattered all over the field! 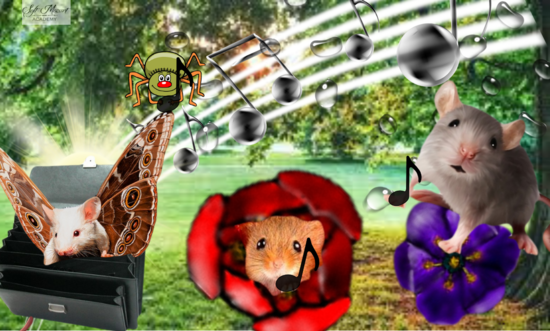 Surprisingly, as soon as the notes touched the ground, red and blue flowers began to sprout from the "seeds."

"Oh! What have we done?” the little mice grieved and began to collect the note-flowers.
I decided to help them. But the wind blew the notes so far that we worked our hands off to collect all of them. 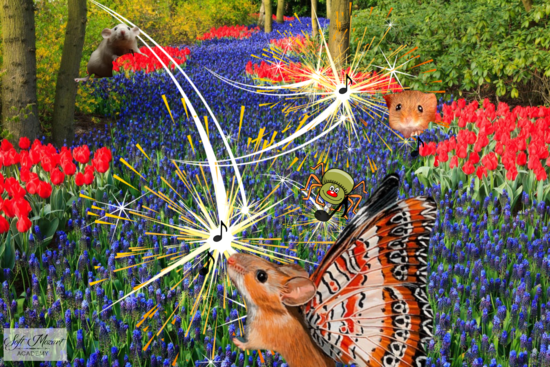 Out of nowhere appeared the Butterfly Mouse.

With each other’s help, we picked the flowers much faster!

The mice collected the flowers, and I hung them out to dry on my web, so that later all the notes--the seeds--gathered in the briefcase as they originally had been. But it turned out that the task of gathering the notes was not so simple! 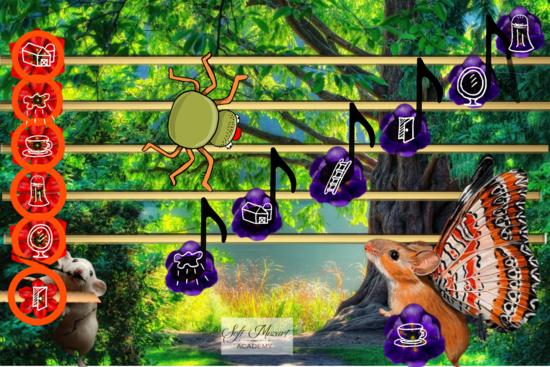 “Never confuse the notes on the lines with notes between them!” Said one of the little mice.

“Otherwise, they won't dry out properly!” If Do is on the line, then Re is between! That's it!” said the little mice. “At the Soft Mozart Academy, we were taught to separate the notes on the lines and spaces.”

This advice helped me a lot! Before the music notes became “seeds” again, I used red and blue colors to separate them on my web. On the lines, I dried red flowers and called them – girls; between the lines, I placed blue notes -- boys. It was a lot of work, but it was FUN!

Later on, my new friend from the Kingdom of Mice taught me a trick to help remember the names of the sequence of line and space notes! Here is the picture I took on my smartphone when we were talking about this. Look! 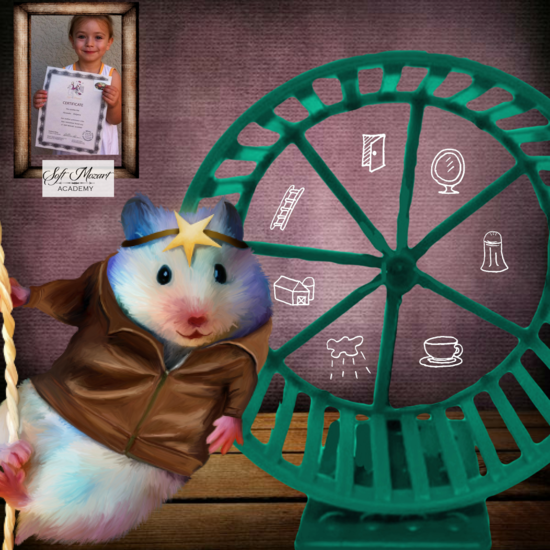 Try to memorize the circle of notes and pronounce it from each picture! You will never get tangled in the web of lines and spaces!

Back to my story!

We harvested and harvested the lost notes and got very tired. 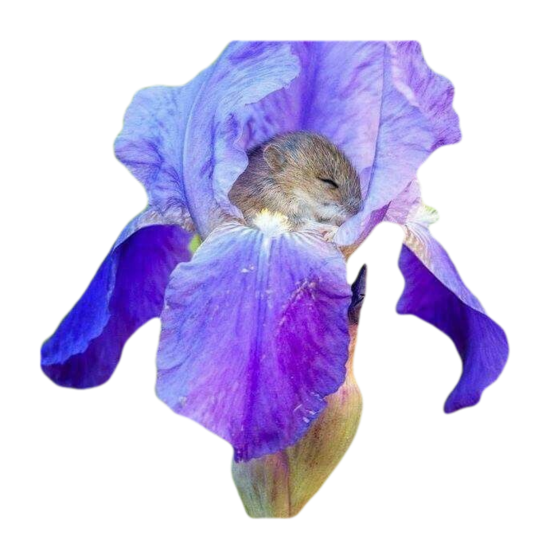 The mice fell asleep right in the flowers. Butterfly Mouse flew away. I still had to hang a lot of music notes on my web.

Oh sorry! Wait! It is not happening!

The Guard has turned the page. I see a terrifying picture of the Mouse King! Oh, my! I don’t like his image at all.

If the Guide reads that the Mouse King was a bad guy, he will make little kids -- mice -- very upset and disappointed. The King of Mice will get angry, and there will be war again! 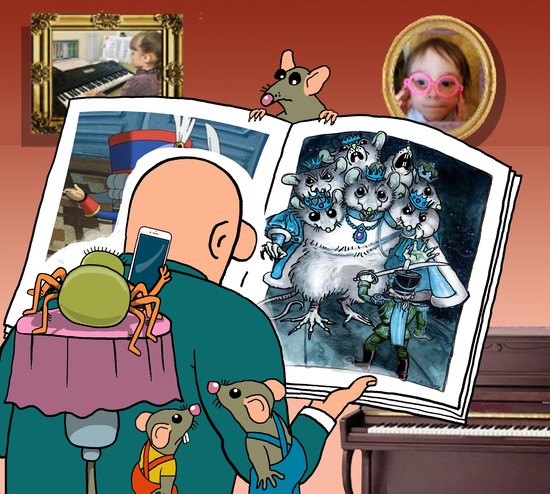 I must urgently stop the Guard! Under the threat of peace between the states!

PS--Be sure to find the

Fruit Lines module in your program and try to place the notes on and between the lines using my suggestions!

PS 2
Do you know that we have a room for you in our Kingdom? Come and claim it! Choose your school year and click New Topic. It will be your place! Here is the link!